1. My mode of transport when a baby was sitting on my butt with legs in front, then I’d kick my legs forward to drag myself. I reached good speed with my butt-hops.

2. I have minor Scoliosis, which is curvature of the spine. It gives me minor pains in the upper-back when I shop for two or more hours, or do other activities that have me stand erect for extended periods. Standing desks are awful. I need to continually keep my quadratus lumborum loose while activating glutes. A doctor identified it when I was applying for a laboring job at a meat work’s in my teenage years before being petrified how tall I’d be if my spine was straight. Near that job 15 years later was a client who hired me for digital marketing until I pushed them out of that warehouse due to crazy growth.

3. I was a top 10 player in the world for Age of Mythology, a Microsoft strategy game. I Isis-lamed, but enjoyed Ra more. I had a strategy for every map, against any civilization, for any playing style, which I nearly perfected. Yes, I was addicted. I got 3 accounts in the top 20. You couldn’t measure your actions per minute back then, but I remember mashing keys at crazy levels. 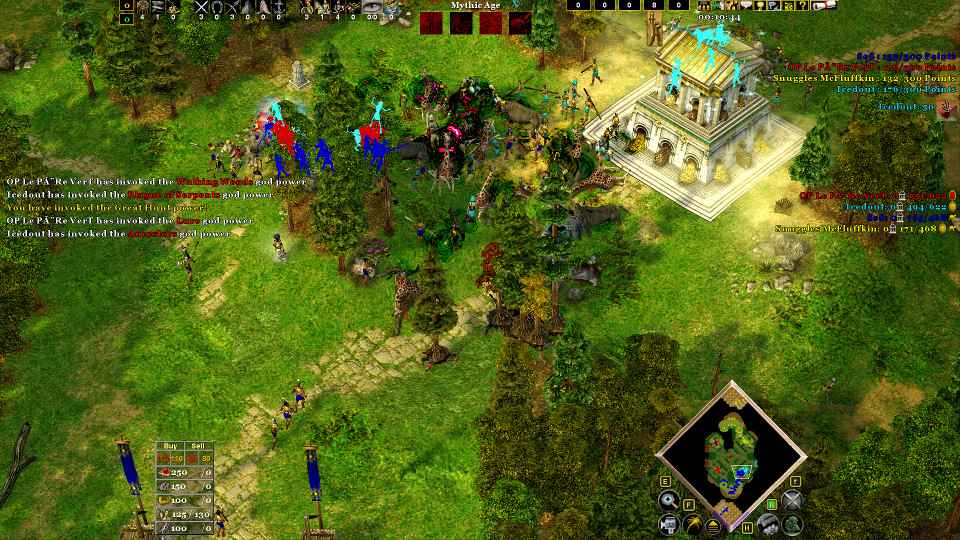 4. I love brewed coffee and use to worry about caffeine addiction. Home espresso machines are amazing. It takes me 3 hours to drink my flat white when working. I recommend Bellissimo coffee beans. I am not the best social coffee drinker because I have thousands of reps up where making a coffee equals time to work.

5. I met my wife online. She lived 1000kms away and was the first one to message me. I couldn’t fathom a long-distant relationship though her cuteness got me to reply. Several months later she moved to Brisbane. I liked to think it was for me, but it was to study. Since then, I’ve recommended the dating website to two other siblings who also met the love of their life. 7. I couldn’t get a job interview with McDonald’s or KFC. I think it was because I made my dad hand-in my resume. I was too scared. In 2007 I packed shelves at night for Australian supermarket Woolworths.

I also cleaned at St Edmund’s College. One afternoon when cleaning I took 30 minutes longer than expected to clean the classrooms. Immediately the boss talked to me about finishing on time to keep on target. After observing how more experienced cleaners never finished early, I learned to not only never finish late but also to stop finishing early. I learned the importance of tying in performance with rewards.

8. I was a security guard in 2014 working in Brisbane’s Fortitude Valley after wanting a change from knowledge-based work. Regularly dealt with fights, drugs, and well, humanity. “You can’t use our power to charge your phone”. “**** you tall ****.” Some reason people think a shopping center is public property giving them free will to do as they wish. I got my security firearm’s license, but never worked in a field where firearm use is legislated. Bodyguard work interested me at the time. Security work is mind-numbing 99% of the time then the other 1% takes your emotions to 100%. I hate both extremes.

9. My oldest brother Nathan Uebergang is was an Australian professional golfer. He got his 2009 Japanese tour card. I caddied for him once or twice. We were the twin towers amongst the little Japanese. You can visit his website here. He decided to go amateur again in 2020. Check his powerful swing in slow-mo:

10. My youngest brother Matthew Uebergang got drafted to Fremantle Dockers in the AFL. A hamstring injury then botched surgery and knee injury saw his contract end after 2 years. He played for Glenelg Tigers in the SANFL league for many years after. Matt in 2021 joined Digital Darts as an SEO Manager. It’s so awesome to have the opportunity to work with him. Here’s a tackle from the beast:

11. I lived in the World’s most livable mid-size city, Ipswich, as determined by the LivCom awards. It surprised me then, and it still surprises me. It has to be a paid award.

12. An ant has more willpower than me. Is a Snickers bar in the fridge? I’ll eat it in the next 5 minutes. The best way for me to get things done and acquire habits is by setting up systems that make deviation difficult.

13. In 2004, people were asking if I could dunk a basketball hoop. I’d reply, “No”. I am 6’9″, had a vertical jump of 20 inches, and couldn’t dunk. I was like a Walrus flopping on the ground. With a training program that build strength and explosiveness using free-weights and plyometrics, my vertical increased 13 inches to 33. I once hit my head on the backboard. What a satisfying surprise that was. Here’s some dunks from 2008:

14. I’m the Thomas Edison of programming. I fail 10,000 times before I get it right—and that’s doing things already invented. It’s a joy to do though as you get instant feedback and improve your logical thinking. I encourage everyone to get competent at some web languages.

15. I threatened to cut up my grandmother into little pieces and throw her into the river when I was little because she tried to make one of my sisters wear a dress. I loved my grandparents.

16. Parenthood is amazing. I have two children. I can list hundreds of reasons to not have children, but all it takes to have them is one reason: the joy from their existence.